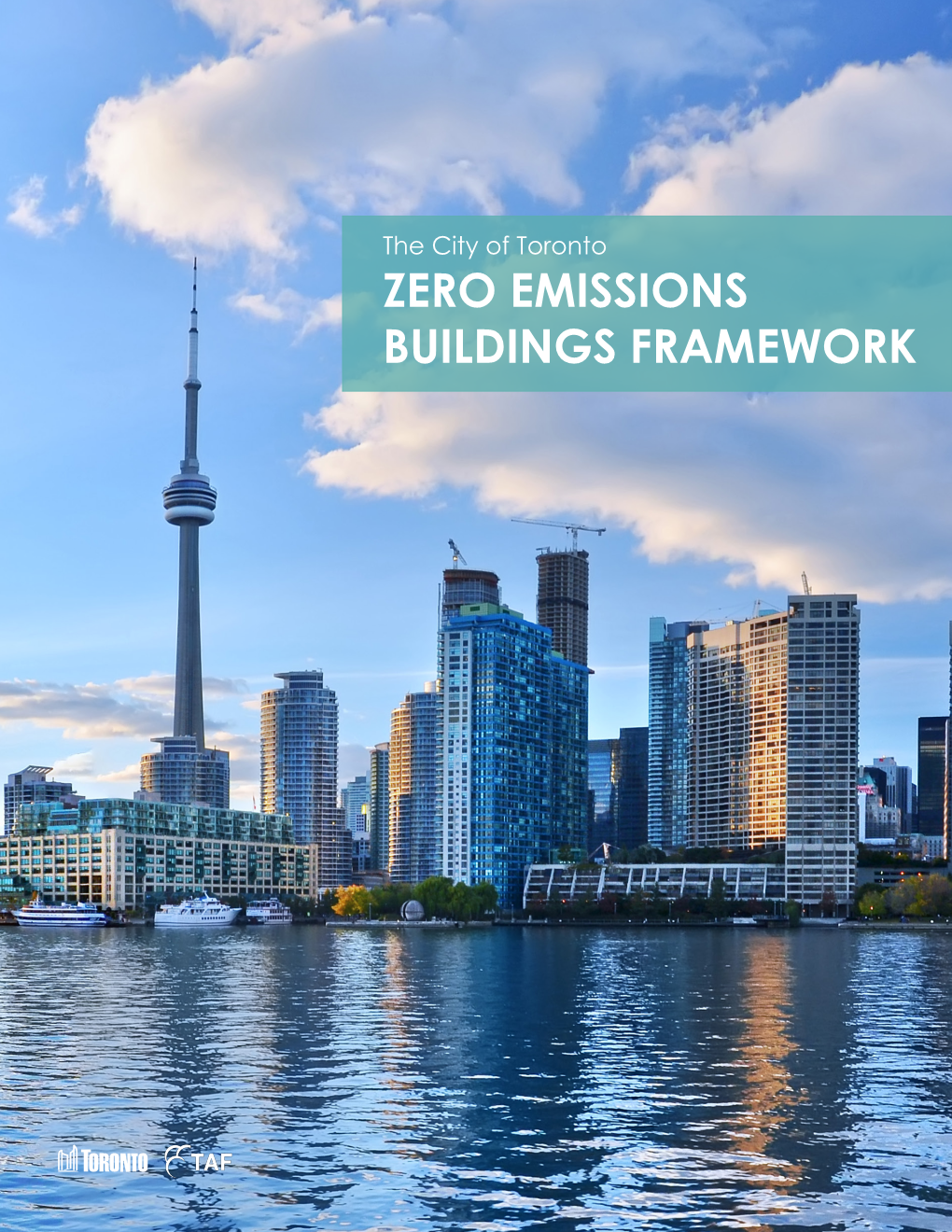 As the City of Toronto adds an estimated 24,400 more people per year, the demand for both residential and non-residential developments is growing. In fact, between 2011 and 2015, the City added an additional 85,166 residential units and 2.69 million m2 of non-residential floor area, making Toronto one of the fastest growing
cities in North America.

But with rapid growth comes increased challenges. How can Toronto address its growing carbon emissions while continuing to prosper and ensure the construction of safe and durable buildings for its residents? How can it ensure that buildings built today will be ready for the changes in climate that we are expected to experience into the future?

The City of Toronto has committed to an ambitious set of City-wide energy and greenhouse gas (GHG) reduction targets, including a goal of reducing GHG emissions by 80% of 1990 levels by 2050. To reduce the demands placed on provincial power generation infrastructure and reduce emissions, the City has also pledged to increase renewable and district energy generation across the city.

Together, these goals and challenges indicate the need for an integrated building framework that can both reduce the impact of buildings on our environment while improving their resilience to climate change. The framework also needs to ensure a high level of both quality and enduring performance to protect Toronto’s citizens and consumers from escalating energy costs. The foundation of such a framework already exists in the form of the Toronto Green Standard (TGS), a two-tier set of performance measures for new developments adopted by Toronto City Council in 2010. While the TGS has already established Toronto as a leader in energy efficiency standards, updating its requirements will ensure that Toronto remains at the fore of energy and climate change action while improving the quality of its built form.